The 2nd EU-Asia Dialogue on Nanosafety
January 25, 2019by ANF 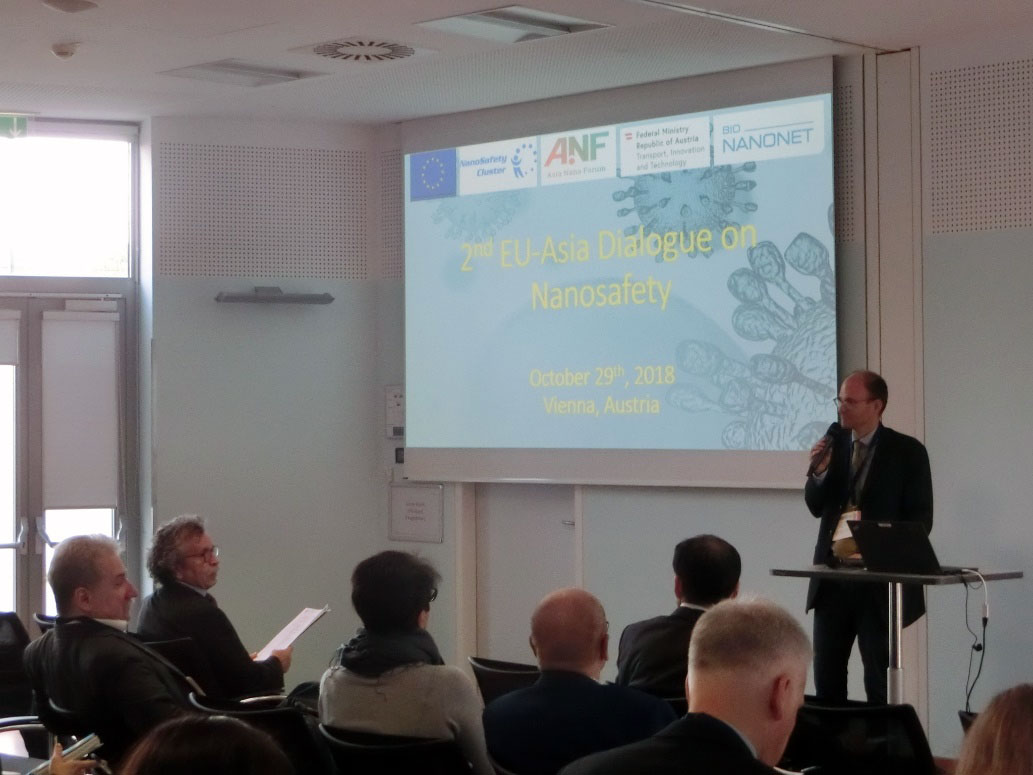 The 2nd EU-Asia Dialogue on Nanosafety promoted by EU-Nanosafety Cluster (NSC) and Asia Nano Forum (ANF) in EU and in Asia respectively was held on 29 October at Austrian Funding Agency FFG (Sensengasse 1, A-1090 Vienna) in Vienna, Austria.

Nanosafety experts from European and Asian countries gathered to get insights on actual and future human and environmental nanosafety research, to then discuss in the breakout sessions, and how to progress towards thematic collaboration. Furthermore, during the afternoon session, selected European projects from the EU NanoSafety Cluster shall present about latest findings. The 1st EU-Asia Dialogue on Nanosafety was held in Tehran, on the 28th of November 2017. 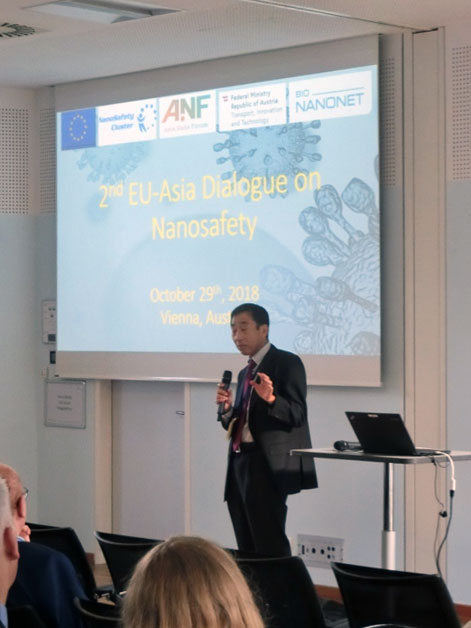 Rong Cai (National Center for Nanoscience and Nanotechnology,Chinese Academy of Science): “Interaction of Living Systems with Engineered Nanoparticles – between Medical Benefit and Toxicity”

Barbara Rothen-Rutishauser (Adolphe Merkle Institute,Switzerland): “Assessing the hazard of nanomaterials for humans with in vitro tools – how far we are and where to go” 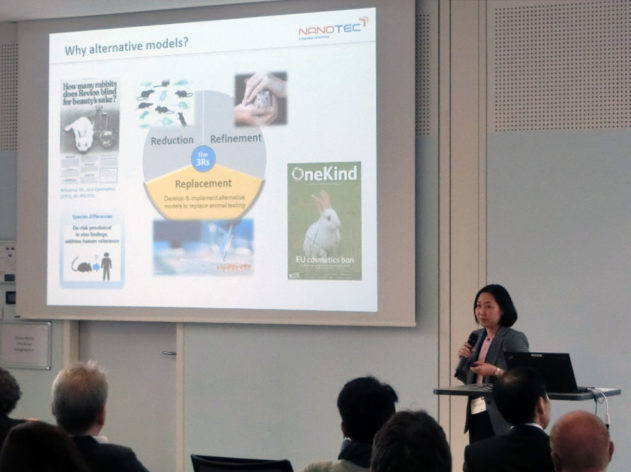 12:15 – 12:30
Anke Jesse (Federal Ministry for the Environment, Nature Conservation and Nuclear Safety, Germany): “Malta Initiative – a joint approach to adopt the OECD TG to the needs of nanomaterials”

Keld A. Jensen (National Research Centre for the Working

Emeric Frejafon (INERIS, France): “How to move forward on the harmonisation of the expertise in nanosafety for a safer innovation in Nanotech, lessons learned from EC4SafeNano” 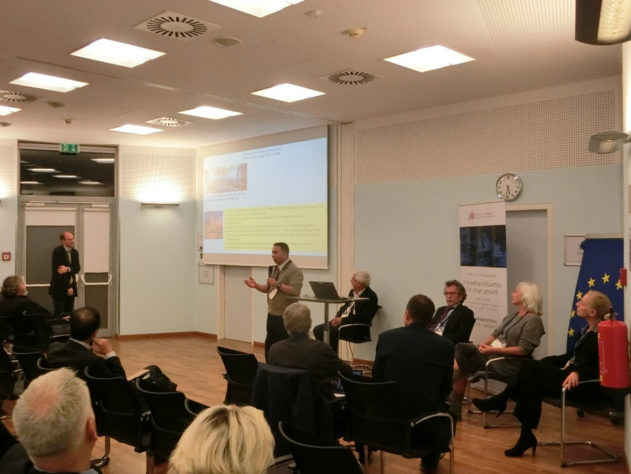